Has the Institute been lying to you? 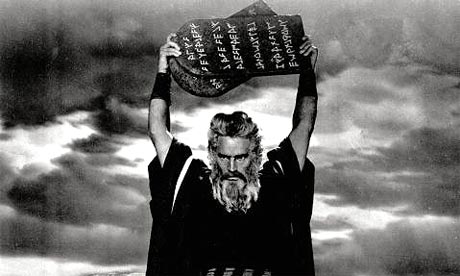 We've beat around this bush before, but in this post we want to just come out and say it:  The IVE doesn't just practice "discretion", they out and out lie to you, and when those falsehoods are exposed they do whatever they can to cover it up.


There are three levels to lying.  The first starts with not telling the whole truth.  The second is out and out lying.  The third is when you get caught doing the first or second and you attempt to cover it up.


Not Telling the Whole Truth


In some cases this is just discretion: holding back information unless one really needs to know.  In other situations not telling the whole truth is just as bad as outright lying:  purposely withholding information even though a person has a right or need to know.   While the IVE certainly doesn't take an open-kimono approach to their recruitment, the question is whether their actions simply constitute discretion or whether they are actually being deceitful.


Maybe you can explain away things like their formerly-airbrushed Wikipedia page (this link compares their old Wikipedia page here to the new, more objective one here) as the result of discretion or, at worst, an overzealous seminarian proud of his congregation (although when a Legionairre is criticizing you for lack of transparency, you really have to wonder.)   The same goes for their web-page, although as we have touched on briefly and will outline further in the future, their websites have lots of problems with the truth.


Maybe not everyone who stumbles onto their webpage needs to know everything, but how about someone that is thinking about joining them?  Should they be told the founder has had to resign twice and that the superior general in between those resignations has entirely left the congregation?  Should they be told that a tremendous number of the IVE priests have left as well?  Certainly this might give discerners reason to pause when considering the IVE, but isn't this information they still deserve to know?


Those are rhetorical questions, of course.  Absolutely a discerner has a right to know these things, but the IVE would never volunteer this information in the past.  In fact, before we started this website the IVE (at least in the USA) never even had to lie about these things because no one would ever even think to ask these questions.  After all, these are the last things you would expect from such a "young and joyful order" as the IVE, right?


Do you think this kind of information is relevant to discerners?  Do you think the IVE was lying by hiding its past in order to help it's recruiting and fundraising?  From this perspective, a cleverly white-washed wikipedia page and the general reticence about their past seem more than a little self-serving.


If you are discerning with the IVE then obviously you have a right to know this information.  The IVE's policy in the past has been never to disclose their less savory elements, ensuring they were never brought up - their own twist on the "don't ask, don't tell" policy: "Don't tell and you don't know to ask."


While we can and should question the morality of the IVE hiding this information in the past, more pressing is how they will answer these questions now that you know to ask them:


These might seem like tough questions, but when you consider that the IVE is asking for your blind obedience for the rest of your life, these questions are actually very reasonable.  And you better ask these questions before you enter, because you aren't going to get any answers from them after you've joined.


Should you even trust their answers


Let's be honest, if you are reading this we doubt you'll actually ask the IVE these questions.  More than likely you'll wash your hands from them and move on to a group with less baggage.  If, however, you do want to continue with the IVE then you are obligated by the virtue of prudence to ask these questions and, when you do, please let us know what they have to say.  We'll be very upfront that we don't expect them to tell you the truth.


After all, especially according to their own constitution, superiors deserve not only the truth, but obedience as well.  Yet they stonewalled, lied to, and disobeyed Pope Francis in Argentina.  They stonewalled and lied to a Bishop in Ireland and got kicked out of that diocese as a result - it was their only parish in Ireland and is interestingly still on their website, certainly just an oversight on their part.


If they won't even tell their superiors the truth, it's worth asking why they'd bother to share the truth with you or why you should even trust any of the answers they give.


Even if they wanted to tell you the truth, its fair to wonder if they are qualified or even have access to the truth themselves since they can't even get basic information about their own formation right (more examples of "oversights" like these to come in the future.)


There is no excuse for covering up the Truth


If it's not clear to you yet that the Institute has a problem with the truth, we don't need to look any further than the IVE's reaction to our recent post.


We showed, using information and videos publicly posted by some of their priests, how the Argentine IVE priests were taking expensive "Pasquetta" vacations to exclusive resort hot-spots like the Dominican Republic and Vail, Colorado.  You should read the post to see the many ways these trips were both problematic and hypocritical.


What was the Institute's reaction when they saw that post? (Yes they read this site.)   If they had done nothing wrong, they would have left their videos and accounts up.  Instead, they took the videos down and deleted their account.


They knew they were doing something wrong.  They know they lie to you about their vow of poverty and they lie about their finances when they ask you to contribute.  Rather than come clean, they not only continue to lie, but they took steps to hide their behavior from you.


Where Are Virtue and Holiness?


This kind of behavior would be scandalous even if it were a political party we were talking about, but this is supposed to be a religious group!  A religious group that proudly sends its sisters and seminarians out to beg, then feeds them rotting food, all while its priests vacation at posh resorts.  Where is any virtue in this behavior?  Where is there any holiness?  Not even "pagans" would see this as ok, yet this behavior and obfuscation is standard for the Institute.


To close, lets reflect on some thoughts on the Eighth commandment from the CCC:

2464 The eighth commandment forbids misrepresenting the truth in our relations with others. This moral prescription flows from the vocation of the holy people to bear witness to their God who is the truth and wills the truth. Offenses against the truth express by word or deed a refusal to commit oneself to moral uprightness: they are fundamental infidelities to God and, in this sense, they undermine the foundations of the covenant.

2469 "Men could not live with one another if there were not mutual confidence that they were being truthful to one another."  The virtue of truth gives another his just due. Truthfulness keeps to the just mean between what ought to be expressed and what ought to be kept secret: it entails honesty and discretion. In justice, "as a matter of honor, one man owes it to another to manifest the truth."

2489 Charity and respect for the truth should dictate the response to every request for information or communication. The good and safety of others, respect for privacy, and the common good are sufficient reasons for being silent about what ought not be known or for making use of a discreet language. The duty to avoid scandal often commands strict discretion. No one is bound to reveal the truth to someone who does not have the right to know it.

Through their reticence and concealing of their behavior do the IVE look out for the common good, the good of those in their care, or only for the "good" of the superiors by bringing in more people to serve them and pay for expensive trips?
at 6:39 PM